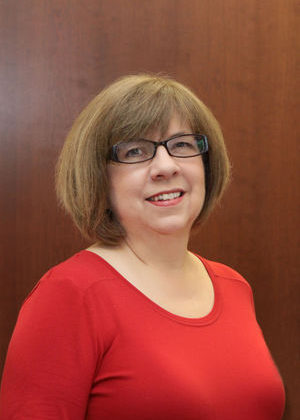 Nonprofits are charitable organizations that affect every resident of Cayuga County in some way. They provide food, housing, health and counseling services; they fill our souls with music and art and bring innovative ideas to our community. They serve a public need without taking a profit, while generating a tremendous impact in our communities. Nonprofits are important economic drivers.

Two local examples demonstrate this economic impact very well. Since the 1850s, Cayuga Centers, based in Auburn, has provided therapeutic and other support for children and families in need. Under Executive Director Edward Myers Hayes, Cayuga Centers researched, developed and introduced evidence-based multisystemic therapy about 10 years ago. It’s been expanding ever since, opening new programs for underserved populations across New York state and providing programs in New York City, Delaware and Florida.

Cayuga Centers employs 266 people here in Cayuga County, generating over $8.5 million in payroll in 2015. It spent $1.1 million on local vendors, and generated over $14 million in income from Cayuga County contracts. How does that impact our economy? When Cayuga Centers purchases food, clothing, vehicles, equipment and services from local businesses, it helps our community build a robust economy.

Meanwhile, Auburn Public Theater has been a key player in downtown’s arts and entertainment renaissance. The theater opened in 2005 in a repurposed department store building. Directors Carey Eidel and Angela Daddabbo set out to build a vibrant center for performing arts, cinema and arts education. From the first open house in 2005 through today, Auburn Public Theater has welcomed over 100,000 patrons through its doors. In 2014 alone, APT generated over $600,000 in revenue and filled nearly 13,000 seats for 194 performances. The 2012 Americans for the Arts study of the impact of arts and tourism in the city of Auburn determined that a patron of the arts in Auburn spends an average of $24.21 in addition to the cost of admission. Since this study, additional restaurants, and wine and beer venues have opened, broadening the opportunities for visitors to enjoy the area and spend their money.

In Cayuga County, there are nearly 200 nonprofits ranging in size from small volunteer organizations to large agencies providing a wide range of services, partnering and collaborating with other agencies or schools or government offices. Our nonprofits are concerned about clean water, responsible energy, safe neighborhoods, affordable housing, employment, literacy, food security, preserving and archiving our history, helping our elderly and disabled populations, keeping a roof over our churches, improving our health and enriching us through art and culture. Where there is need, our friends and neighbors in Cayuga County step up and do the heavy lifting through our nonprofits. Some work for them; others serve on their boards or as volunteers.

Nonprofit organizations support their work through fundraising. Some are funded through government grants and reimbursements. Others offer services for fees or sell a product. There are galas, golf tournaments, speaker series, races — any number of activities to help make ends meet. Many agencies look to the United Way for support. Our local foundations have invested in nonprofit agencies for years, and through the efforts of the Finger Lakes Grants Information Center, nonprofits are reaching out to foundations across the country. These diverse fundraising efforts are what sustain nonprofits.

The impact of nonprofit work on our population, our environment and our economy is significant not just in our county but in the state and the country. New York state employs over 1.7 million workers in the nonprofit sector, paying out $57 billion in wages alone (just under half of these jobs are located in New York City). This same study by Johns Hopkins research also revealed that 10 percent of all private sector jobs in the United States are in nonprofits.

Working in the nonprofit sector in any capacity is noble service, and it’s good to know that nonprofit organizations play a significant role in our local economy.

Ginny Kent is the resource and education coordinator at the Cayuga County Chamber of Commerce and administers the Leadership Cayuga and Finger Lakes Grants Information Center programs. She can be reached at (315) 252-7291 or gkent@cayugacountychamber.com.