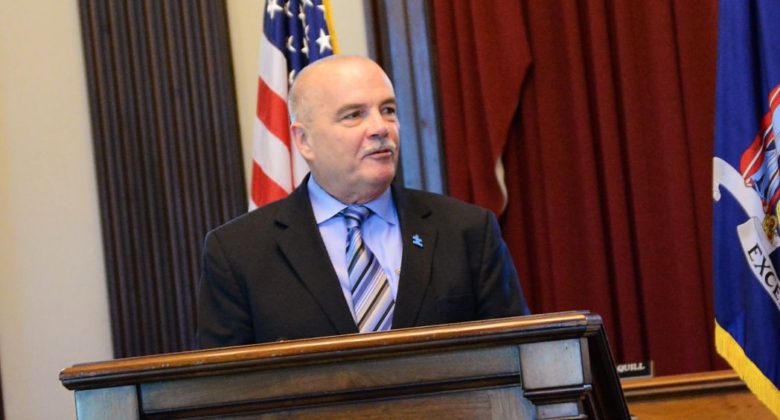 Their faith rests in the city’s grant application, which was submitted for consideration before it was unveiled on Tuesday during a press conference at Memorial City Hall.

The application contains six projects that have been identified for potential funding through the DRI, a program designed to bolster downtown development statewide. The city’s application was prepared with support from several other parties, including CenterState CEO and a working group of other government officials and vested stakeholders.

• Development of the State Street creative corridor, including the construction/rehabilitation of a shared-use public performing arts center and an outdoor public event park

• Continued rehabilitation of the Schine Theater

The particular details behind each component, including any sorts of cost estimates, will be fleshed out as the process continues, said City Clerk Chuck Mason, who added that each one is only a concept at this early stage.

In a statement, Auburn Mayor Michael Quill said he believes the city rose to Cuomo’s challenge to think big with the DRI application.

“We believe downtown Auburn’s next great chapter will be written where the Owasco River meets the Harriet Tubman Memorial Highway — commonly known as Route 34 — with projects designed to provide economic transformation for our city center that will significantly contribute to regional economic growth,” he said during Tuesday’s press conference.

Awards of $10 million will likely be announced this summer to one municipality represented by each of the state’s 10 regional economic development councils.

For Auburn, the Central New York Regional Economic Development Council has until June 30 to choose a winner from the five counties it represents. As much as $300,000 of the DRI funding will be used to first develop a strategic investment plan.

Auburn officials have remained committed to the notion for the Tubman welcoming center project as the application’s cornerstone. Tubman has been at the center of recent national attention with her impending status as the new face of the $20 bill and the development of the Harriet Tubman National Park.

As for the other parts, Councilor Debby McCormick said the regional public market could be a hub along the Owasco River Greenway Trail, a walking trail designed to stretch from the city’s west side to Emerson Park. The market, she said, would showcase regional food and beverage products and provide a permanent, year-found home for the Auburn Farmers Market.

Mason said any funds toward the rehabilitation of the Schine Theater, owned by the Cayuga Arts Council, could possibly be used to incentivize the work required to address initial redevelopment needs, such as asbestos remediation and repairs to the lobby and marquee.

Part of the concept behind the proposed downtown housing development program would be, Mason said, to leverage underutilized space and create more housing units. Lastly, the city clerk said the funds would help support planning measures in connection with the potential relocation of several public safety agencies across the region, including city police and fire.

Should the city be awarded the DRI funds, Mason said he anticipates investors to eventually step forward to provide further financial support for the projects. The city, he added, encourages residents to contact their state representatives to show support for the city’s proposals.

“It’s a great community. There’s been a lot going on,” Mason said. “There’s been a lot of growth in recent years, but I really believe that the proposal the City of Auburn is putting forward will allow the city to kick it up a notch.”

Originally published in The Citizen.