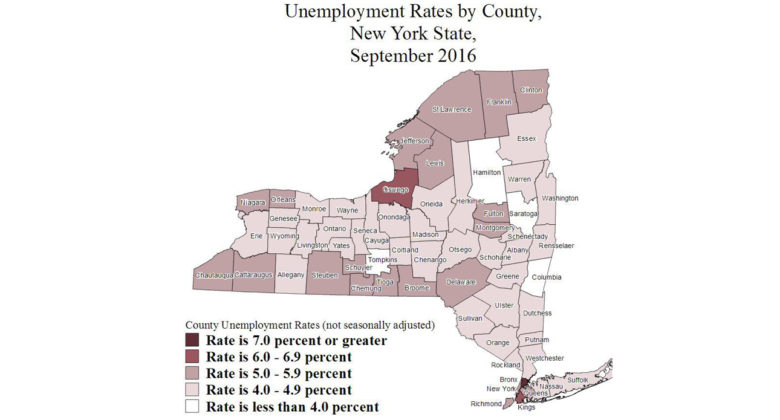 Cayuga County employers added 500 new jobs in September, with most of them coming from the private sector.

The increased job counts for employers in the county came along with a lower unemployment rate and higher labor force participation for Cayuga County residents.
In a separate DOL report issued Tuesday, Cayuga County’s September unemployment rate dipped to 4.5 percent, down from 4.8 percent in the prior year. The local jobless rate was also below the statewide (5.1 percent) and national (4.8 percent) rates for the month.

Cayuga County continued to see a lower unemployment rate come with increased labor market participation. The total number of employed residents grew from 35,800 people to 36,400 over the past 12 months. The unemployed count dropped by 1,000 to 1,700.

Originally published in the October 26, 2016, edition of The Citizen.